Castle Grayskull was a wooden bench swing just on the edge of the Evergreen Forest behind my grandparents’ trailer in Wewa, Florida. My grandma was Skeletor and sat on the swing.

I was He-Man and my dog was Battle Cat. I had a sword, but to the untrained eye it just looked like a red plastic Star Wars light saber. I had the power of Grayskull, I didn’t need the Force, whatever that was.

Grandma was happy to play with me from her swing. I fed her Skeletor’s lines and we acted out the eternal battle between good and evil. She had no weapon other than her smile. But a strong force that was! I couldn’t use the Power Sword against grandma. So, after running lines with her, I went to fight battles in the outer world of the exactly 1-acre property my grandparents had retired to.

In this world were the rows of collards and turnips that my family would pick in the fall. There were the rows of gourds that my grandfather would hollow out and dry and make birdhouses out of. Grandpa tried growing watermelons, but I don’t think they ever turned out. His tomatoes were excellent. And the scuppernong vines were the only ones I’ve ever seen. Skeletor called them “scuplin’s.” 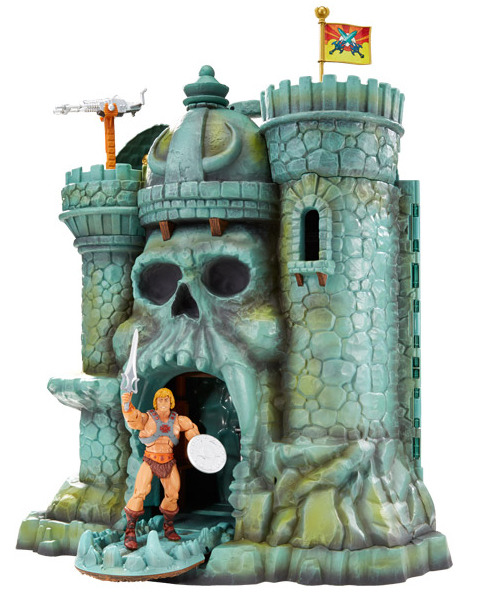 I honestly don’t know how fast I was going when I hit the deer. My speedometer didn’t work. The deer jumped out at me about a half-hour before dusk as I was driving down Hwy-98 between Hattiesburg, MS and Mobile, AL in my 1981 Pontiac Bonneville Safari station wagon. The car was brown-ish. I am pretty certain the deer must have been, too, but I never went to check on it. I knew it was dead. Nothing could've survived the blow, my car was a tank. Plus, some guy who apparently saw the whole thing ...
Read more...