This was no Stand by Me, as coming of age stories go. There were no train tracks. There was no dead body. There was, however, the rumor of a bootleg 2 Live Crew album.

It was summer, but my neighbor AA heard from a friend of a friend that W_ had a dubbed copy of As Nasty As They Wanna Be - the first album in history to be deemed legally obscene (!). And he got it from an older brother who’d copied it from... and so on. For some convoluted reason I had to call a kid who was on my Spring baseball team to get W’s number. I had to make chitchat with him about Fall-ball and whatever and I honestly couldn’t stand that kid and so really how can I check out what 2 Live Crew is all about? I called W_ and asked him if he had the goods. Check. Could we come over? Sure thing!

AA and I lived at the "edge" of our subdivision. Through the patch of woods just past the dead end barrier of our street lay a brand new neighborhood, just not yet developed. New roads were there, good roads for bicycling. There were small orange flags around the marked-off lots. The new subdivision in the works gave me bad vibes. These were poltergeist plots. Removing the headstones, leaving the bodies. We moved quickly past on the excellent blacktop.

At the edge of the new subdivision was another barrier, with another tiny forest just beyond. I don’t remember where we’d gotten a map, and it didn’t have the new development on it for sure. We made our calculations based on pure gut. So, when presented with a dirt road running perpendicular to our exit from the trees and a field straight ahead, we turned left. Our guts told us that we might get in trouble crossing the field.

We hoped this road would take us to a paved one. Dirt roads suck for crappy bicycles. It was both hard to ride or walk our bikes on the red dirt.

W_’s house wasn’t in a subdivision. He just lived on a road. We were on the road.

Now, we could have gone the long way around to get to W_’s house. That would have taken us onto the "big road" and outside of our subdivision, skipping the hidden new development. We would’ve needed to walk, too, as we’d have to keep to the worn footpath on the side of the big road. (There were no sidewalks here.) And what if AA’s dad happened to be driving by? He’d maybe pull over and ask us What’s up? And we’d say, Oh nothing, just going to check out some 2 Live Crew. You know, Uncle Luke and the rest?

So, we took the road less travelled.

We pulled up on our bikes to W_’s house. We dismounted and started walking towards the house. He came out to meet us before we reached the door and said, "Hey, I made y’all a copy. I gotta go to my grandma’s now, but I got her to wait till y’all came by." He handed us the cassette. He’d even written out a track listing for us. "Shit, man, thanks!" AA’s curse was not much preparation for the barrage of foul language we would soon encounter, but I’ll give him props for dropping it.

We waved. Saddled up. Went back the way we’d come. And went straight to AA’s house to get his Walkman. 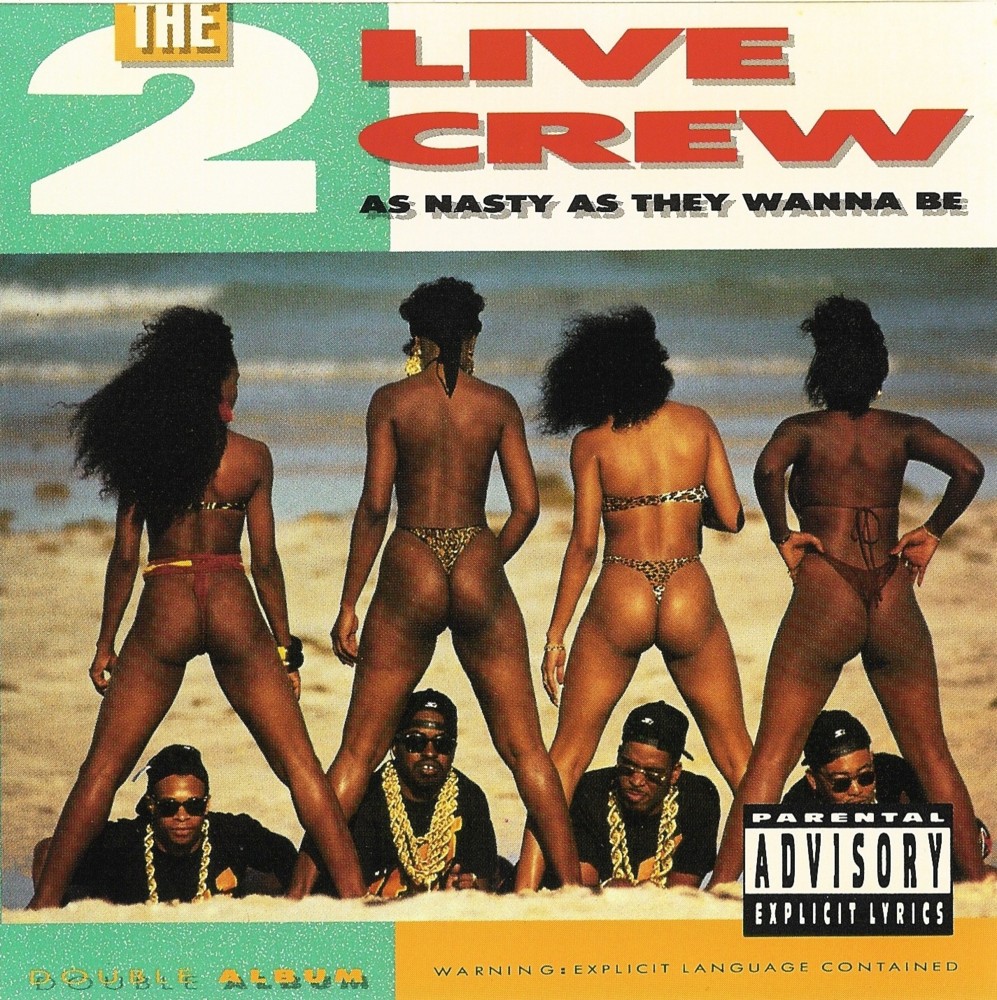